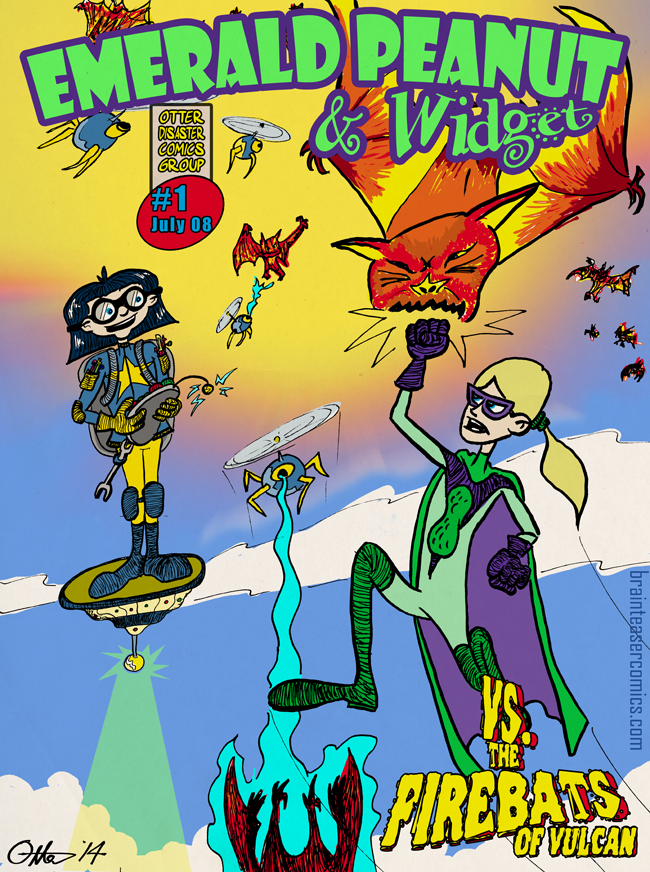 It's another Comic That Never Existed!

The Emerald Peanut gained superpowers from eating an entire jar of green radioactive peanut butter made from Martian peanuts.

She teams up with Widget, a gadget wielding hero, to battle aliens, super villains, and extra-dimensional monsters.

In their debut issue, we get a 2 page origin story followed by an invasion of the Fire Bats of Vulcan under the control of a mysterious Martian seeking the source of EP's new powers.

Email ThisBlogThis!Share to TwitterShare to FacebookShare to Pinterest
Posted by Brainteaser Comics at 7:23 AM