Anarchy in the UPC 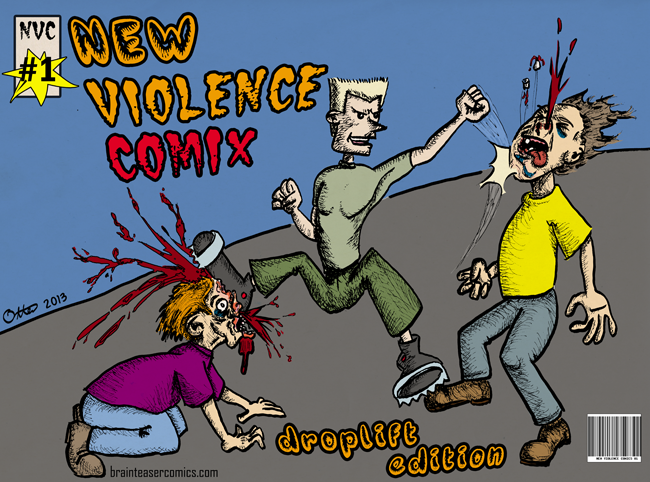 New Violence Comics #1 is a mysterious piece of comics history. Several hundred issues were 'droplifted' into comic stores, Tower Records, Borders, Barnes & Nobles, Waldenbooks, B. Dalton and other retailers across the country in 2001.

Droplifting is a process of a leaving a piece of merchandise in a retail store by an artist for the purpose of getting it into the hands of consumers when those outlets would not normally carry such an item. New Violence was interesting in that it was found nationwide in 43 of the 48 contiguous states.

The story contained within is the extremely violent tale of Steeltoe, a street level revolutionary with a vague, ill-defined political philosophy that seems to be advanced by kicking in the heads of all opposition.

The writer and artist of New Violence Comics have never been identified.

Email ThisBlogThis!Share to TwitterShare to FacebookShare to Pinterest
Posted by Brainteaser Comics at 12:20 PM