The Apes of Wrath 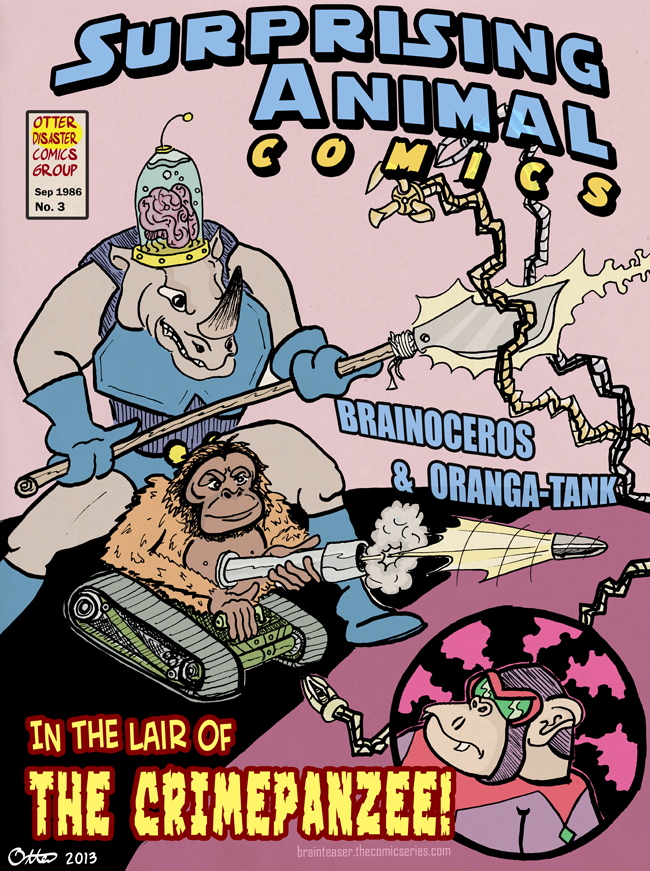 From September 1986, Surprising Animals Comics was launched as an effort to cash in on He-Man, Transformers and the numerous other adventure cartoons that were big at the time.

The comic was intended to support the launch of a Surprising Animals toy line which was almost immediately recalled due to toxic plastics, choking and eye injury hazards from the numerous, ill advised accessories and a series of unexplained fires.

The accompanying animated series enjoyed rapid cancellation (only 12 episodes) due to the infomercial-like quality of the writing, the poor animation and almost incompetent voice acting.

Email ThisBlogThis!Share to TwitterShare to FacebookShare to Pinterest
Posted by Brainteaser Comics at 12:06 PM